Labor Day is celebrated in cities and towns across the United States with parades, picnics, barbecues, fireworks, and other public gatherings. For many Americans, particularly children and young adults, it represents the end of the summer and the start of the back-to-school season. Here are some interesting facts about Labor Day.

The average work day in the 19th century was 12 hours long, 7 days a week and sometimes children as young as 5 were working in factories!

The first U.S. Labor Day was celebrated on Tuesday, September 5, 1882 in New York City, planned by the Central Labor Union. The Labor Day parade of about 10,000 workers took unpaid leave and marched from City Hall to Union Square for a concert, speeches, and a picnic.

Oregon was the first to declare Labor Day an official holiday in 1887.

The first Waffle House opened on Labor Day in 1955 in Avondale Estates, Georgia.

Historians say the expression “no white after Labor Day” comes from when the upper class would return from their summer vacations and stow away their lightweight, white summer clothes as they returned back to school and work.

For those of us who revel in the joy of cold, snowy winters, having a hot tub can turn your backyard into a warm winter oasis. It’s a great relaxation space for friends and family all year round. Let's go over some tips for enjoying your hot tub during

Whether you've moved into a new house that already comes with a hot tub or you decide to purchase a used one, you will want to give it a good cleaning before enjoying it.  Having a hot tub with dirty water will not only cause skin irritations, but you can 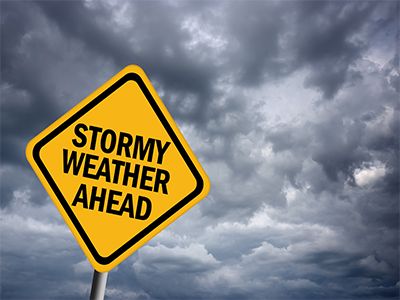 While hurricane season officially runs from June 1 until November 30, the peak of the season is between August and October.  Staying safe starts with having a plan for your personal safety, your pets', your home, and your pool.  When a hurricane is anticipated, you have time to prepare and